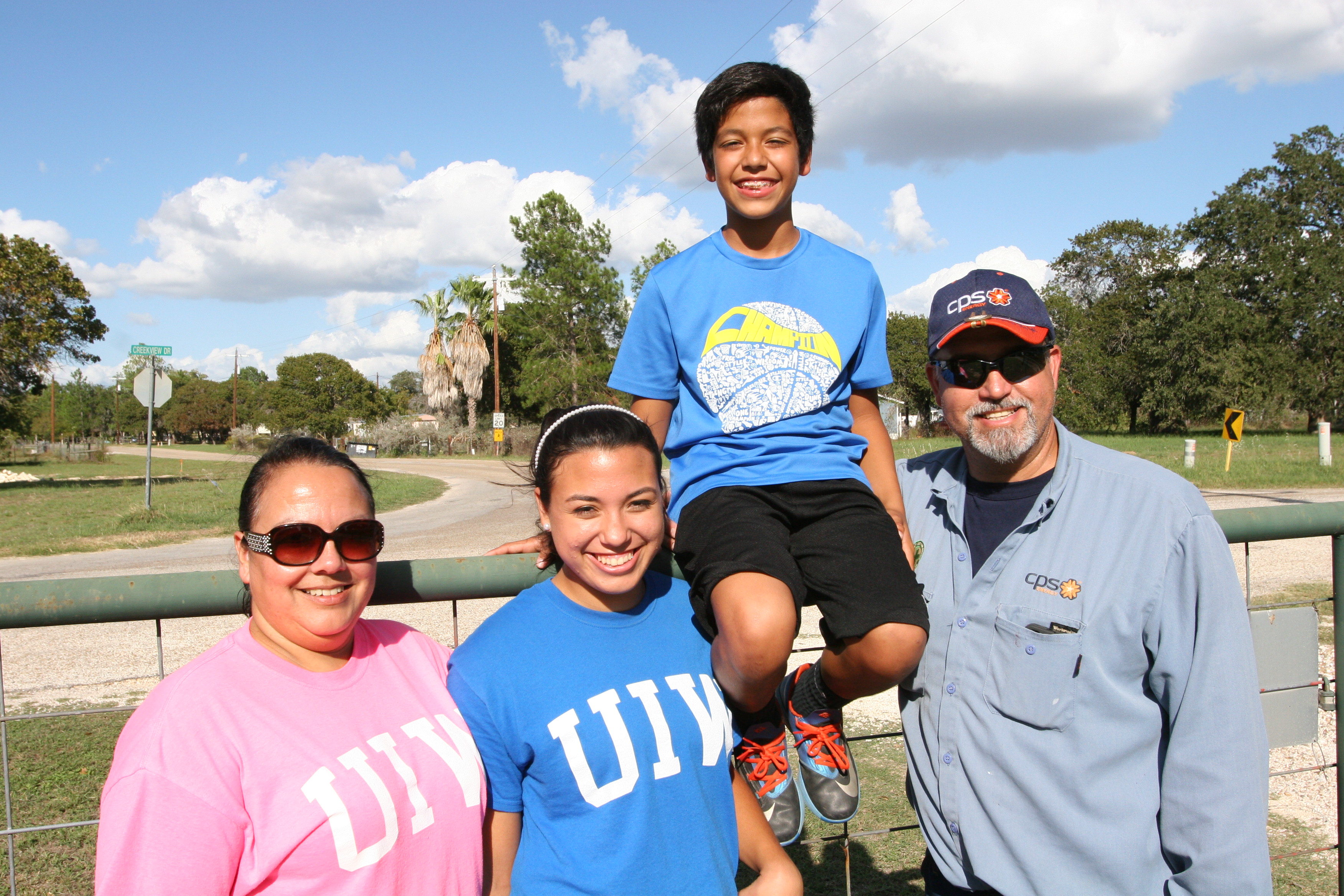 He was just 13 years old. The boy had never been in the open water before. The salt spray hurt his face and reminded him that he’d had nothing to drink for a day. He hadn’t eaten in four days. The shrimp trawler tilted dangerously on the high waves and Alex was seasick, vomiting through the shrimp net where he was lying. He peered around him. At least 300 other people were crammed onto the 30-foot trawler, many sitting on the outriggers, balancing the boat to keep it from capsizing.

As the boy looked behind him, his eyes fell on an old man in a white t-shirt. The old man began to sway on the outrigger where he was precariously perched. Alex watched as he slowly closed his eyes and slipped quietly off the rigging, swallowed by the sea.

“That’s something I will never forget,” says Alex Lopez in a soft voice while on break from his job as an Underground Electrical Distribution Foreman.

Alex and his UED crew place and replace underground power cables in residential neighborhoods. They trench, dig by hand, work with live 135kv transformers and often landscape as well, no matter the temperature. This is hard work done by hard men. Few have seen harder times than Alex. And yet somehow, he seems to always find a reason to smile.

Alex was born in Havana, Cuba and lived there until his family immigrated to the United States in 1980 as part of what became known as the Mariel Boatlift.

Alex, his older brother Alejandro, younger sister Barbra, and their parents were five of the estimated 125,000 Cubans who left the country of their birth through Cuba’s Mariel Harbor during the famous mass exodus across the Gulf of Mexico.

From April through October of that year, Fidel Castro allowed Cubans to leave the island and President Jimmy Carter agreed to give refugee status to any Cuban who reached American soil.

The grinding poverty, lack of opportunity and the fact that Alex’s father had been detained as a political prisoner made the decision to leave an easy one.

But the ease of the decision was followed by a treacherous journey.

“I remember that night when I left Cuba,” Alex recalled. “It was about six o’clock in the afternoon. The cops come around and they sound a siren to let everybody know that another family was leaving the country. So everybody would come out and throw eggs at that family.”

Before they could leave, Alex and his family were sent to a camp for a week, during which time they were not fed.

“That was so you would suffer prior to leaving Cuba,” he said.

Alex and his brother arrived in Key West 28-hours after boarding the shrimper. Entering the intake center, Alex was given an apple. It was the first apple he had ever seen. His face softens as he talks about the taste of that apple.

Alex and his brother met up with the rest of the family, who had been on a separate boat, and the family was sent to Pennsylvania to be processed. As newly-minted citizens, they returned to Florida.

Shortly thereafter, Alex’s father found work through a church program as a ranch hand in Floresville. They stayed, and his father ranched until the day he died.

Since Alex didn’t speak English or understand much of the Spanish spoken in South Texas, he was placed in the fifth grade.

“It was hard being with the small kids,” he said.

Through sheer will and, who he describes as the great teachers in Floresville, Alex earned high school diploma by 19.

So how does a kid from Cuba land at CPS Energy?

“I’ve always wanted to work at the power plant,” says Alex. “Every time I drove from Floresville toward San Antonio I would always see the power plants and I would say to myself, ‘One day, I’m going to work for CPS.’”

His face lights when he talks about CPS Energy. ”I wouldn’t change it for anything in the world,” he says. “It’s been a blessing. My family and I have been blessed by this place.”

Out of Alex’s hearing, his manager, Joey Wootan, says Alex has always had an amazing positive attitude.

“He just doesn’t let obstacles on the job bother him,” Wootan told me. “He’s easy to work with and a good guy to be around. He appreciates this job.”

I hear the same sentiment several times from crews at job sites. And judging by a recent letter sent to his manager, at least one customer agrees:

I am a retired Air Force ‘bird’ colonel. I know the importance of good of competent supervision when leading and motivating people to accomplish the mission. Mr. Alex Lopez has all those skills and performed them in an outstanding manner.

When I ask Alex what is the most important thing in his life is today, without hesitation he tells me it’s his family. He and his wife Zelda have an 11-year-old son, Brandon and 16-year-old daughter, Brianna. He’s proud that he can give them things he couldn’t have imagined when he was their age, from a good education to positive life experiences. And he remains proud and grateful to his adoptive homeland.

“There’s no place better than the United States,” he says. “As far as CPS Energy, for my family and myself, I think it’s been the greatest place in the world. I’ve enjoyed every single minute of it – and I will until the day I retire.”