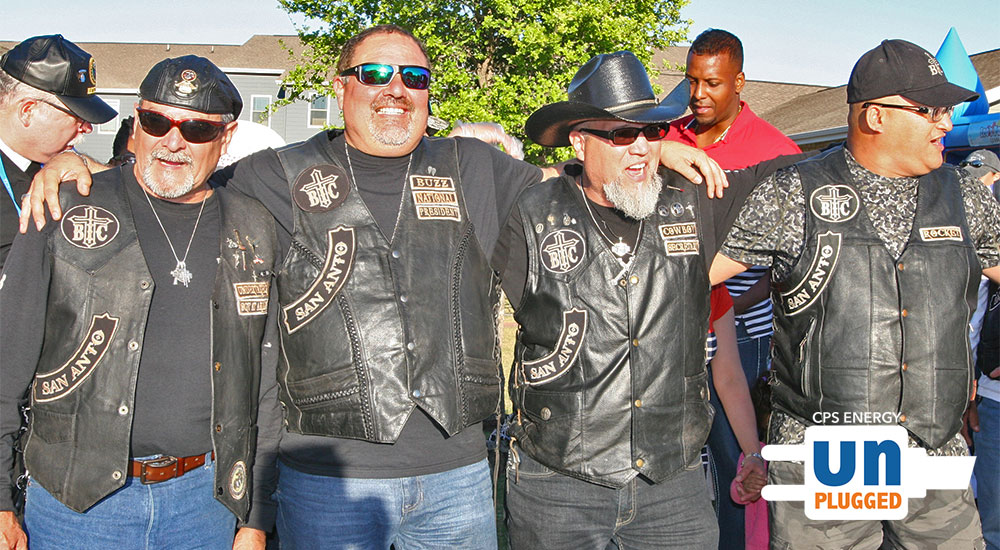 Ray Jimenez and his brotherhood of bikers look a bit interesting when they ride up to a family-friendly event wearing black leather vests and sunglasses. However, folks don’t have to fear the growl of their motorcycles. These bikers aren’t like those on the hit TV show, Sons of Anarchy. Instead, they rally together to help neighbors in need.

Ray, a storeroom warehouseman at Calaveras Power Station, has spent the last five years serving the community with the Brothers in Christ Motorcycle Ministry. The non-profit organization consists of more than 20 bikers that help organize 10 to 15 community events each year. They host box fan drives for seniors, help kids with special needs, host holiday parties for families in need and visit people in the hospital struggling with illnesses.

“We come together to serve and give back,” said Jimenez. “We help out anyone in need.”

Ray admits that many in his group haven’t always focused on doing good things for the community.

“Most of our brothers come from a rougher background,” he said. “Some were on the opposite side of the law. But now we’re known as teddy bears in leather vests.” 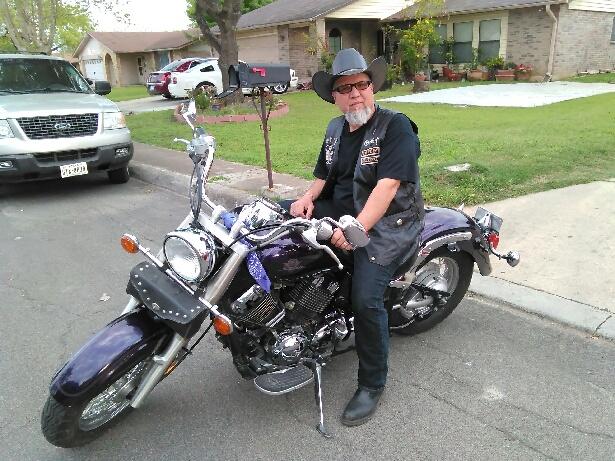 Ray’s lifestyle was much different before he joined the group in 2011. Things changed when he attended a retreat with the brotherhood. He made some personal decisions that led him to focusing on serving others. He didn’t even have a bike when he first joined, but it didn’t matter to the brotherhood because they saw that he had right heart to serve alongside them.

In celebration of Easter, he and the brotherhood joined Operation Homefront to host a cook-out for families of wounded veterans. Ray set up sound equipment to play family-friendly music while others grilled burgers and hot dogs. Kids enjoyed a bounce castle, face painting and a close look at shiny bikes. There was also an egg hunt for the kids attending.

“These veterans put their lives of the line for us, they defend our country and take care of us. We’re so humbled to get the opportunity to serve them.”

After a fun evening with veterans, the bikers and families gathered around motorcycles and sang along to an inspirational tune playing over the sound system. Then, Ray’s posse said goodbye to their new friends, got on their bikes and rode off into the sunset.

2 thoughts on “Unplugged: Biker brotherhood bands together for good”